Back in the 80s, it was fashionable to label an undesirable ex a “psycho.” If a relationship turns out not to work, it’s a quick and easy shortcut to write off the other person as deficient, or “psycho,” while you take no blame yourself. And nowadays, the psycho label has evolved into “mentally ill.”

If your mother, or sister dies, and you are not quite yourself, or you have a tiff with your neighbor, you are now officially dubbed “mentally ill.” A bad day at the office, or worse still, fired? Mentally ill! Your kids are kidnapped…congratulations, you’ve just become “mentally ill.” It’s simple to join this club, and nearly impossible to get out. 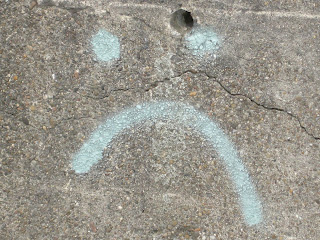 Of course, introspection is not an option for labelers. Having to publicly confess they’ve done something less than perfect would be an unacceptable admission. So the natural fallback is…mentally ill! Mental illness includes such a broad span of afflictions! After all, the 5th edition DSM (Diagnostic and Statistical Manual of Disorders) lists no less than 297 different mental disorders, and new ones are being created all the time.

All it takes is a few scientists and psychologists to agree and voila – hyperactive on sugar turns into ADHD, and grandiose egotist lacking empathy turns into narcissist. Narcissism was inaugurated in the DSM 4th edition in 1994, and narcissists born before that can be grandfathered in just by sending a self-addressed, stamped envelope to Santa Claus. It’s that easy! 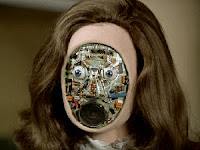 If we want to get statistical, I use a tally of someone’s past ex-mentally-ill psychos as a direct measure of the potential relationship’s future performance. When she informed me her last 3 husbands were total psychos, I should have listened a bit more closely. When he told me I was the only girlfriend of the 17 beyotches he’d dated since high school who hadn’t gone totally mental-istic on him, I took that as a due warning.

People who lack self-awareness or the ability to be introspective are also missing the big, giant clue: we all have a compilation of characteristics, most of which are found in the DSM. Yes, I repeat, we all have traits of mental illness. Even you!

So, next time a date discards you and you’re pissed, you can safely, accurately and legally label them mentally ill. They are deranged and require psychiatric care, while you are the all-knowing, flawless decider of all things.


“If people wanted you to write warmly about them, they should have behaved better.”
~ Anne Lamott, Bird by Bird: Some Instructions on Writing and Life

Posted by Dating Suburban at 12:29 PM